He was held in Milan the event “THE FOOTBALL OF THE FUTURE”.
In the  Appiani Halli of the Arena Civica in Milan they alternated different speakers who have addressed various issues related to women’s football:

The Female Inter president  Elena Tagliabue presented the characteristics of one of the most successful women’s football in Italy and focused attention on the potential and the problems that characterize the entire movement at the national level;

Maurizio Volontieri, head of the female Inter youth  gave a report on the organization and the results achieved in the specific area:

Emilio Tirelli Director of Ecolife Milan gave a report on the working method Ecolife in football clubs, focusing on the aspects of prevention and intervention of synergy across skills used in the medical staff;

Dr. Francesca Vignati, biologist and nutritionist has reported about the criteria for proper nutrition in football, in general, and particularly, in the female;

Dr. Diego Gaddi, team doctor of Italian Volleyball has proposed an interesting framework for major accidents (causes and prevention interventions) are most frequent in women’s football.

Dr. Giuseppe Righini, Head of the youth school sector of the FIGC, presented an overview on the state of youth and women sectors in Italy and elsewhere in Europe.

In the field took turns, in the morning, dozens of small footballers, who, under the guidance of the Technical Female Inter , performed tests and practice matches. In the afternoon the categories Juniores and under 18 have played friendly matches with teams from Lombardy, while the first team finished the day with the game against Milan Ladies.

Busy day, full of interesting information and football played, which sanctioned the women’s football is growing and how much, the development potential is high.

Once again, the experience and professionalism of Ecolife, increasingly present in the sports sector, have provided proof of reliability in the management of the athlete, from a physical point of view and from that of athletic-training.

Thanks to all participants and collaborators that have enabled the success of this day. 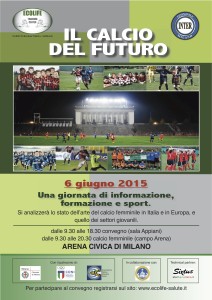 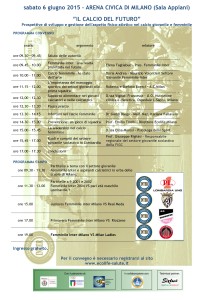 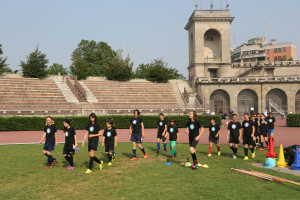 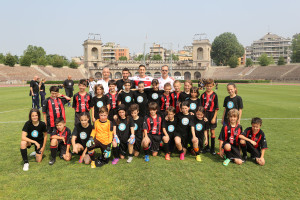